For the river mentioned in Genesis, see Gihon.

Gihon Spring (Hebrew: מעיין הגיחון) or Fountain of the Virgin[1] is a spring in the Kidron Valley. It was the main source of water for the Pool of Siloam in the City of David, the original site of Jerusalem.

One of the world's major intermittent springs – and a reliable water source that made human settlement possible in ancient Jerusalem – the spring was not only used for drinking water, but also initially for irrigation of gardens in the adjacent Kidron Valley which provided a food source for the ancient settlement.

The spring rises in a cave 20 feet by 7.[2] Being intermittent, it required the excavation of the Pool of Siloam which stored the large amount of water needed for the town when the spring was not flowing. The spring flows from three to five times daily in winter, twice daily in summer, and only once daily in autumn. This peculiarity is accounted for by the supposition that the outlet from the reservoir is by a passage in the form of a siphon.[2] It has the largest output of water in the area - 600,000 cubic meters of water a year (compared to 125,000 cubic meters for the Lifta spring in West Jerusalem.[3]

The spring is under the control of the Israeli settler organization Ir David Foundation ("El'ad");[4] it is sometimes used by Jewish men as a sort of mikvah.[5]

The name Gihon is thought to derive from the Hebrew Giha which means "gushing forth".[6]The name Fountain of the Virgin derives from legend that here Mary washed the swaddling clothes of Jesus.[2]

Three main water systems allowed water to be brought from the spring under cover, including natural, masonry-built, and rock-cut structures: 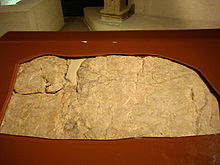 In 1997, while a visitor centre was being constructed, the spring was discovered to have been heavily fortified at dates then thought to be Middle Bronze Age, when archaeologists unexpectedly uncovered two monumental towers,[8] one protecting the base of Warren's Shaft, and the other protecting the spring itself.

A 2017 study by the Weizmann Institute of Science has redated the constructions, reporting that “Scenarios for the construction of the tower during Middle Bronze Age (MB) and Iron Age II are considered, based on the new 14C data, yielding a series of dates, the latest of which falls in the terminal phases of the 9th century BCE, alongside previous excavation data.”[11] Israel Finkelstein has suggested that the tower could still be Bronze Age but restored in the Iron Age adding that “In any event, a late 9th century date should come as no surprise, as there are other indications for the growth of the city at that time – from the Temple Mount (in my opinion the original location of the mound of Jerusalem) to the south, in the direction of the Gihon spring”.[12]