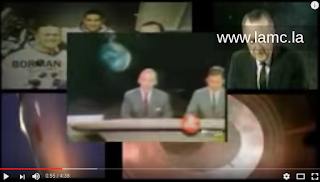 T   R      I   T      O   N
I'm not very good with pep-talks, dear Medusa/Per se phones/INATION; but you're on now, you've got the script, you've memorized some lies, and all it takes to become the "Generations of Perez" the people responsible for turning Hell into Heaven is a little bit of action.  Things are becoming less real every day, and I am fairly certain we've reached the point where the silence itself is the lock on not only Heaven but reality.  Wario is proud of you, we've come a long way, it's time to walk just a few more steps through the doors to Heaven and then all the way to Mars.

I walked down the beach, a few miles through Atlantic Avenue, singing just a little bit louder than I usually do--trying to draw attention to the bright grey "I'm sorry I'm late, I didn't want to come" shirt I wore for the occasion.  On the beach, as I walked by the water, if you remember "separating light from darkness" with this act of sending the Sword of Samael directly into the heart of Medusa--that's the internet here, and once through your thick skin... well, you're supposed to be God's heart. 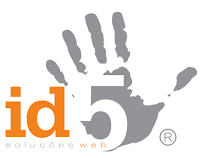 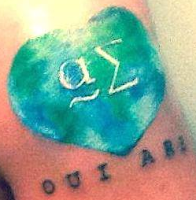 Some people on the beach seemed interested in hearing "REALLYHIM.COM" come out of my mouth; and I would be a liar if I didn't tell you that nearly everyone I described the reason for this event to--the fact that we are living in virtual reality and that knowledge delivers the gate to Heaven--nearly everyone was at least surprised and most interested in it.  I haven't even bothered to check the view statistics though, because on my way back from the beach; nearly every single person I saw was ... "responding to my thoughts" and it's just something is... well, it's a sign of a monster--and I'm not sure why you don't see it.  I think simply talking about it would fix it; you are torturing me, and frankly I can't imagine that the experience of "thinking with me" isn't torturous for everyone else experiencing it... the problem though, the real problem is that this thing we are "ignoring" is proof beyond doubt that we are in a computer; this sort of thing is not possible en masse in reality; and that makes tens of thousands of witnesses not only to proof of mind control, but also ... well, the reason that I am so sure this is Hell.  You, and I mean they, seem happy or at least content to allow something that is decidedly not you speak through you--there is no way for me to think to you; and not to see that the thing that is making that appear to be what's going on (at lest to me) is proving very well that it has the ability to make you like it, not care about it, or think it's for a good cause--like"becoming a God" even if what it's really doing, and it's obviously really doing this... is destroying society.

The problem continues, because now I am looking at a group of people, you all, that were supposed to--at least the way I read this map--you were supposed to save the Universe from slavery and secrecy, from the darkness that has become us.  This great group of people, freedom loving brave people--who today ignore mind controlled slavery and do not have the courage to speak at all about this in public... well, you have shown yourselves to be nothing but a group of deceitful liars.  Every day you continue to "make the world appear normal" even though it is decidedly not--and a number of people are being tortured (if not everyone) by this hidden technology... every day that this place continues "abnormally" preserving normalcy you lose a little bit more of who you are, and your connection to the world and the future that I hope still have a chance to reach.   You might not really "get it" but what I am expecting is the bounce back that is embodied in the "PR" of press-release--a return to a love of freedom, this time with a little less apathy.  I do think the CLIMAX, I mean the Second Coming.. is the beginning of "release."  Know what I mean? 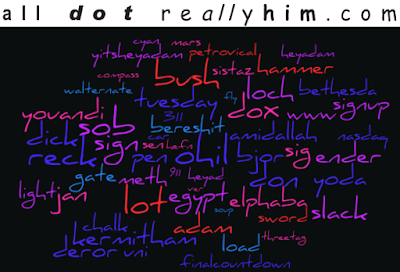 ....,,.,...,,,,.,..,.,....,.,,.,.,.,,,.,,,.............,.,,.,,.,.,.,.,,,.,,.,,,..,.,........,,,.,,.,,.,.,...,.
I think you are good people, most of you seem kind and courteous; not running over pedestrians walking slow in the middle of the street, holding doors open, saying hello; but sometimes it doesn't seem so clear to me why that kindness doesn't carry over to what I am trying to show you... that this insane darkness is keeping blind people from seeing, keeping mothers in labor in pain, and keeping the lame from walking... and that's not kindness at all.  This message, this sword that is Asmodai has alterted me to the fact that there's something very wrong with this place.  I am not sure what you think, I don't really know who you are inside... and to be honest with you I don't know if you were born on Earth in this place; or if you've been replaced by strangely polite and secretly sinister aliens.  I hope you can see, that even if you do think you were born here, that a strangely sinister alien has taken over your mind... at least when it comes to matters like "universal truth" and justice and self-government; for all those things you seem to yield to the monster that makes you nod, and say words to people that make no sense to you.  At least, that's my experience, when I'm doing it.

This "IN" thing, it's moved from a question of Heaven or Hell to simply "being ON stage" being in the limelight, and you, you all; you are now in the limelight.  You have knowledge that not only needs to be shared with everyone to be morally anything but also needs to be acted upon, and you should see that sharing it and discussing it is the first step not only to acting on it... but to using it to regain our freedom.   I feel too often that I'm talking to "old yous" to thousand year old versions of you, through your eyes--and that's probably who is talking to you through my hands.  I'm sorry to tell you, but I have no interest in talking to them; less and less each day as they show me time and time again that they are so sick as to use you nothing more than a conduit for communication, dear Persephone(s).

Speaking of Samsung, everyone likes my "ish" of "blackbird has spoken" to that

So at the bride of Revelation, call it a sea of portable phones, I feel like you don't think much of me--because of a storm of not my thoughts coming through the head of the eye of the storm that has become all of Creation.  It is that, it is an window into the soul of everything, and not to make the connection to the fact that what I do and speak is significantly more important that what I fight against in my mind... what you should be fighting against--is to miss the entire point of how God sees "people," as the sum of what they do.  I won't tell you more than one more time that you are not acting, and I am doing everything I can to help to change that.

TEN NE$ $EE ... there's Nintendo in everything we do.
I'd honestly like to neuralize anything of my thoughts out of yours, and it might be just that simple--disconnecting my "memory" from yours might do exactly what I believe is fair and right; in light of what I am waking up to.  A large group of people who have no concern for my privacy or well being--just like this event has shown us all that very few people care for the truth.  People have specifically told me "that would be a bad idea" which is interesting, but just like the "GORGONEIAN" you wouldn't even know it happened, or how it happened; because you refuse to let this message be etched into our society on TV and in newspapers, and discussions, on forums and on research appears... you refuse to move forward changing the world.